This invention could be a breakthrough in data storage solutions. Researchers from Southampton University in United Kingdom have developed a new digital data storage technique that uses laser light to store 360 terabytes of information on nanostructured quartz for up to 14 billion years.

The researchers used femtosecond laser pulses to write data in the 3D structure of quartz at the nanoscale. The pulses create three layers of nanostructured dots, each just five microns above the other. The changes in the structure can be read by interrogating the sample with another pulse of light and recording its polarisation —the orientation of the waves—after it’s passed through. 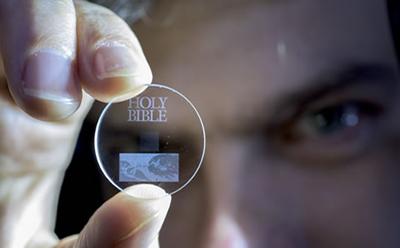 Upon successful testing of the 5D optical disc, one of the first things the research team did was to write the King James Bible on one such small disk. The team has now written a series of major works to small glass discs— including the Universal Declaration of Human Rights, Newton’s Opticks and the Magna Carta.

The density of the data aboard these discs indicates that that they could squeeze a total of 360 terabytes onto a single piece of quartz. They also point out that the data is extremely stable: It could endure for as long as 13.8 billion years at temperatures up to 350 degrees Fahrenheit.

The fabrication process of the 5D optical storage is given below :

We have been struggling to find higher capacity storage disks to store all the immense data that is being generated now a days. While, scientists have been working on various data storage techniques, none have been as successful as this one.

This new advance could be a game changer in the way we store our data not only capacity wise but also time wise. Maybe the team would get a Nobel for their invention this year.
Informacion vía | techworm 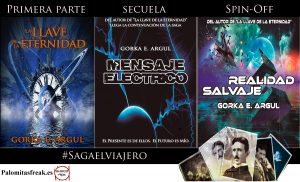